At City Smiles, we work hard to make sure all our patients feel welcome, calm, and comfortable at our office. This includes helping patients overcome their dental anxiety to get the dental care that they need as well as the cosmetic dentistry they want.

New research into anxiety shows one simple way you might better manage your anxiety better, as well as illuminating why NuCalm is a great way to overcome anxiety. 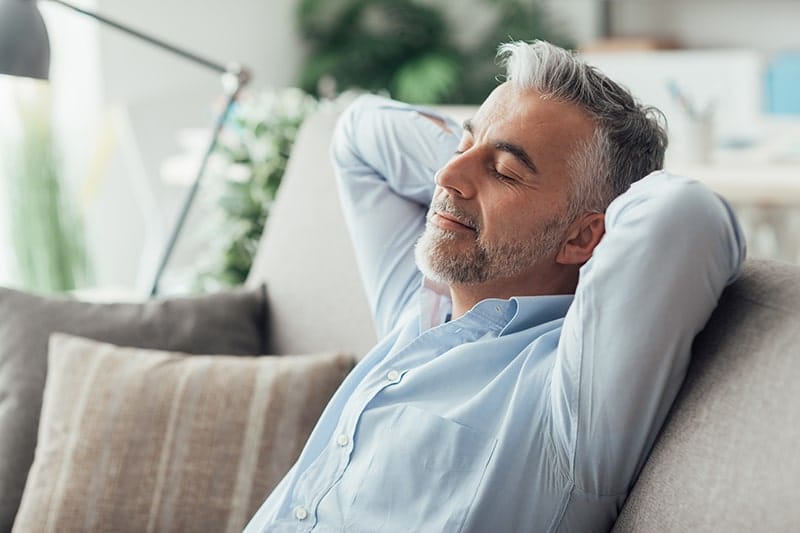 Anxiety Linked to How the Brain Is Wired

In one of the studies, researchers looked at brain scans from more than 9000 individuals who took part in a total of 367 previous experiments. The data included about 4500 people with mood disorders like major depressive disorder, bipolar disorder, post-traumatic stress disorder, and anxiety disorders, as well as another 4700 controls.

These regions of low activity were common among people with all the disorders, although there were slight variations.

This research was conducted at the University of British Columbia, and was published in the prestigious Psychology imprint of the Journal of the American Medical Association.

Researchers found that after a night with no sleep, the subjects had a major shutdown in the prefrontal cortex, which can have a powerful impact in controlling anxiety. Meanwhile, emotional centers in the brain were highly active.

Researchers compared this to the emotional center having its foot on the gas, but having defective brakes. They found, however, that deep sleep restored function to the shutdown region, restoring the brain’s ability to put the brakes on anxiety.

To confirm their findings, researchers expanded their laboratory pool to 30 subjects, and conducted an online survey about anxiety and sleep, tracking nearly 300 people over four days to show that in this sample, too, anxiety levels were higher when people didn’t sleep well (though they couldn’t confirm the brain function mechanism).

Sleep and NuCalm Could Both Help

This study obviously shows how important it is to get sleep before a stressful event like a dental visit. This gives your brain the ability to calm and control your anxiety, while also decreasing the activity of the brain’s sources of anxiety.

Of course, getting sleep under these conditions is something easier said than done: anxiety has a tendency to make it hard to sleep. Fortunately, there’s NuCalm.

NuCalm doesn’t just shut off your brain’s stress response, it can give you the tools to keep your anxiety under control. Even a short session with NuCalm can give the same restorative benefits as hours of regular sleep. Plus, NuCalm increases blood flow and activity to the prefrontal cortex, the area of the brain that can put the brakes on your anxiety.

We’ve seen the power of NuCalm to help our anxious patients feel relaxed in the dental chair without drugs, and we invite you to try it if you suffer from dental anxiety. We also offer two forms of sedation dentistry for those who might benefit.

To learn how you might benefit from NuCalm and other ways to control dental anxiety in St. Louis, please call (314) 375-5353 today for an appointment with relaxation dentist Dr. Chris Hill at City Smiles of St. Louis.