Men’s Sleep Apnea Is Also a Health Crisis for Women

If you’ve done any research about sleep apnea, you probably know that men are more likely to have the condition. This probably reflects your experience, too. Whether you’re a man who’s being told he snores by the woman in his life, or the woman who is doing the telling, it’s usually the man who snores. But it’s not just the man who suffers. Men face serious health problems related to snoring and sleep apnea, but women suffer, too.

In fact, women may have serious health problems as a result of their partner’s snoring and may not realize it. 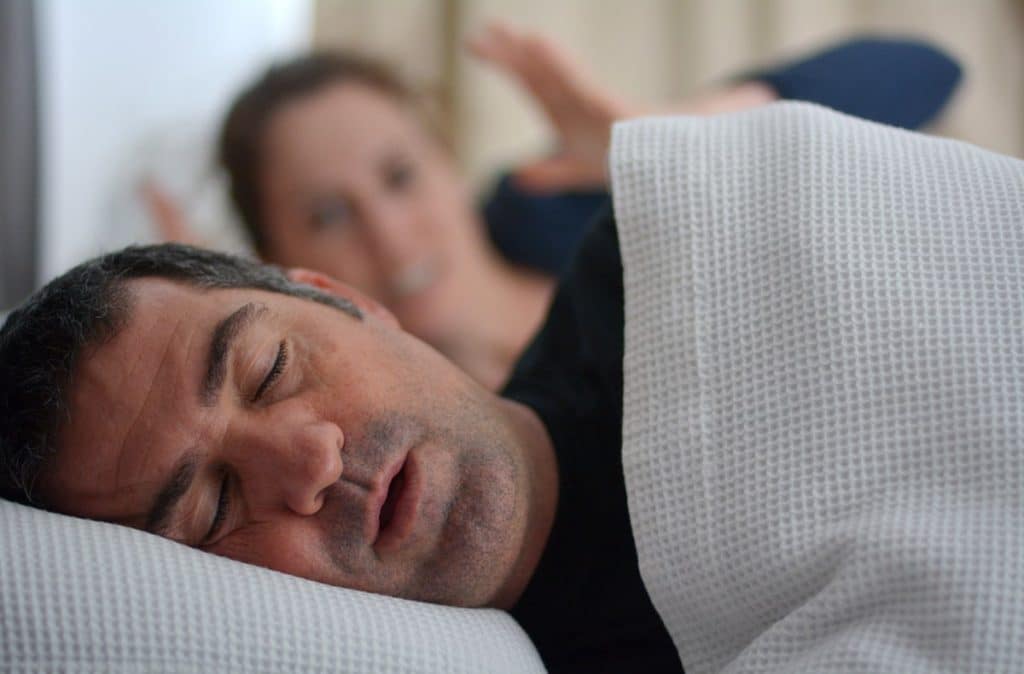 He Snoozes, He Snores, She Loses

When a man sleeps and snores, his partner is also likely to lose sleep. Someone who sleeps with a snorer may lose hours worth of sleep a night. In fact, women who sleep with a snorer are three times more likely to suffer from insomnia.

And with this sleep deprivation comes serious problems. Research has shown that men and women experience sleep problems differently. Women are most likely to report severe depression and daytime sleepiness than men. Women are also more likely to feel burdened by the symptoms of sleep deprivation, which can also include metabolic problems, weight gain, and irritability.

This is not to downplay the symptoms that a man is experiencing. He may seem like he’s sleeping peacefully, but the truth is that he’s not getting enough oxygen as he sleeps, and he’s probably waking frequently during the night. Although this waking is enough to disturb his rest, it may not be enough for him to be aware of.

It Can Be Hard to Pinpoint the Problem

Unfortunately, people and their doctors don’t always realize that this is a potentially serious health crisis for women. Although a woman may know she’s tired, irritable, and in pain because of her husband’s snoring, she may look at it more as a relationship issue. It’s common for women to seek relationship counseling to help them get over the “rough patch” marked by fights over his snoring.

When talking to her doctor, a woman may focus on her symptoms and may not mention her husband’s snoring. Focusing on her symptoms, her doctor may misdiagnose her as depressed and medicate her for that condition. Meanwhile, both may still be suffering the serious health effects of sleep deprivation.

Moving to Another Room Isn’t Enough

Many couples try to deal with this problem by having one or the other of them move to another room to sleep. This isn’t always effective. First, it requires that couples have a spare room to move to. Moving can also be a disruption if a person has to pick up in the middle of the night.

And many men’s snoring is so loud it can penetrate anywhere in the house, and this can exacerbate tensions.

And then there’s the emotional problems that can stem from sleeping separately. This can make the situation even worse, especially if one or both partners are still not getting enough rest.

Treatment Helps You Both

Fortunately, treatment for snoring and sleep apnea can be very effective. If you or your spouse snores, the best thing you can do for yourself, your partner, and your relationship, is to get that snoring treated.