Put a Smile on Your Face with The Muny 100

One of the great attractions of downtown St. Louis is The Muny, our beloved outdoor theater, which, this year, is celebrating its 100th season presenting shows in Forest Park, just 15 minutes from our office.

Although the programming has changed with the century, what has not changed is their commitment to quality entertainment. We feel a certain kinship with The Muny, because, although we are not a musical theater, we also like to make St. Louis smile. 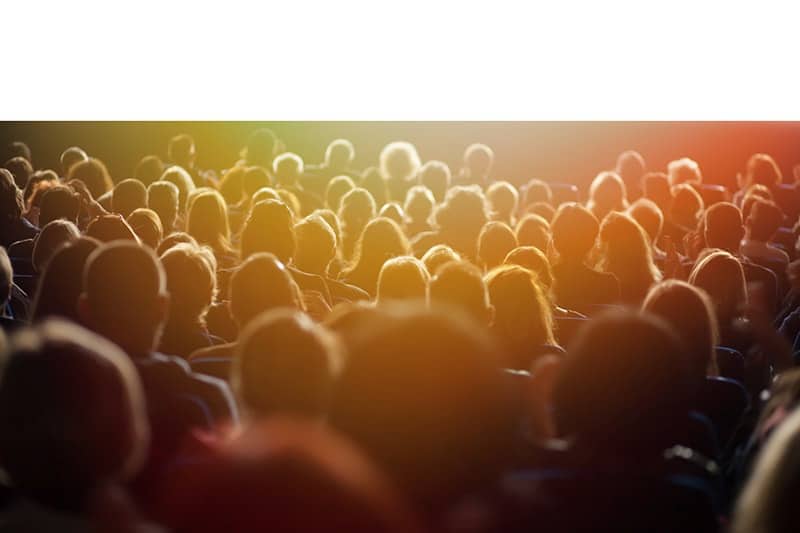 A Century of Entertainment

The first season of what would become The Muny began on June 16, 1919, with a performance of Robin Hood, a popular American opera written by Reginald de Koven, Harry B. Smith, and Clement Scott in the late 19th century. It was a popular opera that had been revived many times since its debut, and the founders of the Municipal Opera thought it a surefire way to kick off their ambitious six-week season. But the weather kept the crowd limited to just 4000 hardy theatergoers. As the first season was plagued by rain, it had relatively low attendance, but it was enough to guarantee a second season. It was a season that St. Louis Mayor and Muny booster Henry Kiel pledged would be built to please the public and not the critics, something The Muny has been loyal to ever since.

In the 1940s, The Muny switched from Opera to Broadway Musicals, following the taste of its audience. Although it sometimes puts on non-musical theater, it is primarily musicals that make up the bulk of its performances, including this celebratory 100th season.

For its 100th season, The Muny is not only putting out a stellar season of shows, it is also featuring many galas, exhibitions, and other celebratory events. Starting in April, these events continue through the close of the season in August.

This year, the season’s events have been well-chosen to please the audience in downtown St. Louis. The season kicks off this week with Jerome Robbins’ Broadway, a medley of dance numbers that feature the choreography that made Robbins one of the most popular creators of dance numbers on Broadway and in Hollywood, including work from Fiddler on the Roof, The King and I, Gypsy, and West Side Story.

This is followed by the modern masterpiece The Wiz, classic favorite Singin’ in the Rain, Jersey Boys, Annie, and Gypsy. All of these are popular musicals chosen to delight, but the literal show-stopper is the highly anticipated Meet Me in St. Louis.

The original movie Meet Me in St. Louis, starring Judy Garland, comes right from the transitional era when The Muny switched from opera to musicals. It was als at the height of the Hollywood love for musicals, and this movie was a well-received hit–the biggest hit MGM had made to that point, with the exception of Gone with the Wind. The movie was also nominated for four Academy Awards. It has since been ranked at number 10 on the American Film Institute’s list of 100 Greatest Movie Musicals.

The stage musical version was first presented in 1989.

At City Smiles, we imagine we are in the early years of a 100-year tradition of bringing smiles to St. Louis. Cosmetic dentist Dr. Chris Hill is highly trained and well-practiced at delivering beautiful smiles. We have helped many people in the city find a smile they felt they had lost long before.

Coincidentally enough, Garland, the stirring lead in Meet Me in St. Louis may also be partly responsible for the popularity of cosmetic dentistry in the US. When Garland was chosen as the lead for The Wizard of Oz, she had gaps between her front teeth. Between singing and smiling, Garland’s teeth had to be front and center for many of the scenes in the film. So director  called on pioneering cosmetic dentist Charles Pincus to make her smile look its best. The gorgeous, natural-looking results he achieved using porcelain veneers have inspired generations of Americans to long not only for “Somewhere, Over the Rainbow,” but also for a beautiful smile.